Unit 3: The World Wide Web - From Concept to Platform to Culture

Design Touchstone: The Web Is A Collaborative Meaning-Making Technology

Questions: What is this thing called the World Wide Web? What are the values and ambitions that gave rise to its design? If “the medium is the message,” what is the message of the web? What are some threshold concepts that help us to understand what is meant by “the web”? How is it reframing learning and education?  What do we stand to lose or gain in pursuing the possibilities opened up by the web?

Sir Tim Berners-Lee, inventor of the Web, speaks directly and with characteristic humility about the goals of the Web and the values they represent.

The Internet: Everything You Ever Need To Know (2010)

John Naughton, former Professor of the Public Understanding of Technology at the Open University of the UK, helps us imagine the scale, ramifications, and potential of the Internet and especially the Web that is the Internet’s true “killer app.”

Jon Udell, an early proponent of what came to be called “social media,” reflects on ways in which the Web empowers radical modes of learning innovation.

Small Pieces, Loosely Joined: Preface (2002)
David Weinberger explores what he calls a “unified theory of the Web.” His title has become a catchphrase for explaining the unprecedented ways in which the Web enacts a decentered and distributed communication platform.

The Machine Is Us/ing Us (2007)
This short video is by Mike Wesch, and it has been seen well over 10 million times since it debuted in 2007. It charts the difference between the early days of the Web, when the new platform was mostly a “read” medium, to the next stage of its development, when a set of technological advances and the cultures they enabled gave rise to the “read-write” Web, what became known as “Web 2.0.”

The Mozilla Foundation’s Web Literacy “white paper” (n.d.)
This document outlines the case for “the Web as the platform,” as opposed to proprietary apps and other “walled gardens” that form silos and “limit user choice.” Mozilla’s Webmaker program advocates for the “web literacy” that empowers us to promote, develop, and thereby defend the open Web as a “shared platform.”

Next Steps
The Internet’s Own Boy: The Story of Aaron Swartz (2014)
This documentary about the life and tragic death of software developer and open access advocate Aaron Swartz treats many issues directly relevant to the ideals of the open Web and connected learning.

How the Web Works (2011)
Chad Chelius narrates a two-minute overview of some of the Web’s basic technical architecture.

Seven Ways to Think like the Web (2011)
Jon Udell has long argued that because the Web has no ready physical analogues, if any, we have not developed deep or pervasive intuitions about its nature or effective use. This blog post offers a remedy.

“As We May Think” (1945)
In addition to his career as a distinguished scientist at MIT, Vannevar Bush was FDR’s science advisor, a chief architect of the Manhattan Project, and the founder of the National Science Foundation. This poignant and prescient document, published near the end of WWII, envisions a device called the “Memex” that would allow researchers to capture and share the “associative trails” that formed the basis of their inquiries. The essay influenced all the major figures of the digital age, most notably Doug Engelbart. Its influence continues today. Tim Berners-Lee places this document at the beginning of his “Little History of the World Wide Web.”

Deep Cuts
Doug Engelbart’s 1968 Demo
The famous “mother of all demos” that vividly illustrated the potential of interactive, networked computing and inspired a generation of digital visionaries. Doug’s Augmentation Research Center at SRI was the second node on the ARPANET, later to become the Internet.

Heavy Metal Umlaut Band: The Screencast (2005)
Jon Udell’s gem is a fascinating 10-minute analysis of a Wikipedia article, and the process a database-backed Web enables.

October 13: Live Google Hangout–Web Imperatives: Four Lightning Talks from Four Web Makers.  This session introduces the joys, concerns, and questions driving Unit 3 through a lightning round of four presentations. Each presentation is centered on an imperative: a “must” statement, a call to action, an urgent cry. During and after the lightning round, we invite responses, questions, rebuttals, or corresponding Web imperatives from the #ccourses community experiencing the hangout. Link to archived chat here.

October 16-19: Commenting on coursemates’ nuggets. Support each other’s process by commenting on blogs and nugget-work. You can find blogs on the front page of the Connected Courses site or in the blog roll.

October 17 (10:00am PST/ 1:00pm EST): Live Google Hangout–What is Web Literacy? Threshold Concepts and the Possibilities of the Open Web–with Mark Surman, Laura Hilliger, Gardner Campbell, Kim Jaxon, Patrick Berry & Howard Rheingold.  We are excited to welcome web pioneers, including Mark Surman from the Mozilla Foundation, who will join us in a conversation exploring the history and future of the open web and its importance in teaching and learning. Link to archived talk here

October 20-23: Do “make” of your choice for week 2 (Building History or Threads–see below–or more Nuggets or all three!) and post to blogs.

October 24-25: Support each other’s process by commenting on blogs. You can find blogs on the front page of the Connected Courses site or in the blog roll.

October 26: Blog post reflecting on week two, and linking to favorite “makes” for this week.

What will we “Make”?

Nuggets.  From one of the suggested reading/viewing texts, find a passage that grabs you in some way, and explore it with an eye to making it richly meaningful. It could be a passage that puzzles you, or intrigues you, or resonates strongly with you. It could be a passage you agree with, or one you disagree with. The idea here is that the passage evokes some kind of response, one that makes you want to work with the passage to make it as meaningful as possible. A good length for the nugget you choose is probably about a paragraph or so. One challenging aspect of nugget-work is to explore the actual words, not a paraphrase.

How do you make something as meaningful as possible? Well, use your imagination. You’ll probably start by copying the nugget into a blog post. From there, consider hyperlinks, illustrations, video clips, animated GIFs, screenshots, whatever. Make the experience as rich and interesting for yourself, and your course colleagues, as you can. If you select the video, “The Machine is Us/ing Us,” offer a commentary on 15-30 seconds of the video (and be sure to indicate start and stop times!). This will be your “nugget,” and your commentary will be what you build into a rich and interesting experience.

Cultures and Tapestries. Choose one–or if you’re ambitious, do both:

For this activity, start by identifying a site of longstanding (e.g., whitehouse.gov, or amazon.com, or a school or college website–really, any site you care about will work, so long as it’s been around for at least ten or fifteen years) and look at three or more “snapshots” spaced several years apart. Explore the differences and development you observe. Be sure to include screencaptures for illustrations.

Some questions to consider as you examine the stages of the site:

2. Threads From The Tapestry of The Internet’s Own Boy: The Story of Aaron Swartz

Aaron Swartz’s beautiful and tragic story (as told by filmmaker Brian Knappenberger) provides a compelling way to explore a variety of issues that play out on the web: hacker culture, the role of organizations such as the Electronic Frontier Foundation EFF or sites like Reddit in web culture, policy debates such as those surrounding SOPA and PIPA, issues of access and democracy, and even the history of web innovations such as RSS.

One way to understand web culture would be to take one of the ideas/issues/curiosities that emerge in your viewing of this documentary and pull at the thread. What is the history of hacker culture, for example? What are the ties pre-Internet? You might even start with a term or site that is mentioned in the film that sounds completely foreign to you. Take the idea and pursue its links; explore the idea through hyperlinks, but perhaps also explore by talking with people and asking them what they know about the idea, site, or concept you’ve chosen to follow.

Trace your exploration in some form and share it with our community: journal, blog, a series of images, Prezi, video, Blendspace (a site that allows you to curate resources), pictures of notes you take…any genre that makes sense to you. Here’s a Storify Kim Jaxon created about Aaron Swartz and the issues and rallying cries that emerged in the days following his death; the Storify has many links that could get you started. 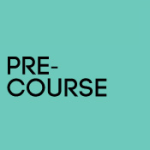 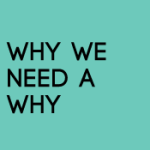 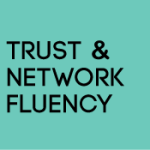 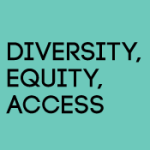 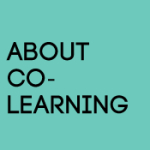 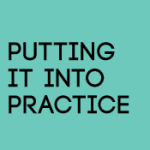