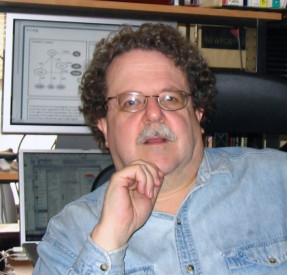 Experience in online courses and tools

Bill Benzon is an independent scholar whose career runs from cognitive science, through art, music, and the web. He published Beethoven’s Anvil: Music in Mind and Culture in 2001 and is on the scientific advisory board for the Institute of Music and Neurologic Function in New York City. Previously he was a Senior Scientist with MetaLogics, Inc., where he worked on knowledge representation and information design for web-based health services. Bill has taught in the Department of Language, Literature, and Communication at the Rensselaer Polytechnic Institute and has published scholarly articles, reviews, and technical reports on African-American music, literary analysis and theory, cultural evolution, cognition and brain theory, visual thinking, and technical communication. In conjunction with Richard Friedhoff he has written a book on computer graphics and image-processing entitled Visualization: The Second Computer Revolution.

These days I’m working on graffiti and on literature, in particular, the description of literary phenomena.

What connected/open course or courses are you teaching or plan to teach?

I expect to be running workshops on graffiti culture, on the one hand, and describing literary texts. Note that I have a great deal of online experience (two decades), but I've only taught one online course and that was two decades ago.

Are you participating in connected courses as an individual or with a local group of learners?

Would you like to connect with smaller groups over specific subjects?

How do you prefer to be contacted by others with similar interests?