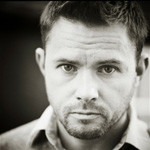 Jonathan has worked out of New York and London as a professional photographer since 1998. His work features in a wide range of international editorial publications and is on permanent collection at the UK’s National Portrait Gallery. His work developing new business models for photographers was described in the European Parliament as “Breaking new ground for photographers” and in recognition he was made a Fellow of the Royal Society of Arts and Commerce.

In 2009 Jonathan authored and delivered the world’s first open undergraduate photography class for Coventry University which saw over 35,000 people visit in just one term and was described by WIRED as “shaking up photo­education. In the same year he worked with Peter Woodbridge to deliver he world’s first “Undergraduate Photography Class in an App”.

His work leveraging the social web for photographers was featured in Creative Commons’ The Power Of Open in 2011 and as case study for the UK’s Joint Information Systems Committee in 2012, when he was invited to speak at the Houses of Parliament. In 2013 Jonathan was invited out to MIT’s Media Lab to hack Post ­MOOC models for Open

Education and then to speak at the British Academy with the UK Minister for Universities David Willetts who describes his work as “thought leading”. In 2013 Jonathan was made an HEA National Teaching Fellow and his work redesigning the BA Hons course was awarded UC Irvine and MIT’s prestigious Reclaim Open Learning Prize. In 2014 Jonathan co­founded Phonar Nation, the largest youth Photography class in history with over 250,000 teenaged participants across North America as part of the MacArthur Foundation Cities of Learning project.