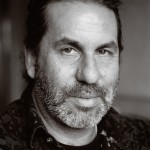 Alan Levine is an innovator in educational technology, currently working as an independent consultant.  His interests include story telling, digital photography, web technology, open education, and anything else that involves being creative online. He is widely recognized for expertise in the application of new technologies to educational environments and was a pioneer on the web starting in 1993. An early proponent of blogs for information sharing, in 2003 he started sharing his ideas at CogDogBlog (cogdogblog.com).  His recent focuses  include new forms of web storytelling (including 50+ Web 2.0 Ways To Tell a Story, pechaflickr, and the StoryBox), as well as leading and teaching the open digital storytelling class, ds106 (http://ds106.us).

His previous position was Vice President Community & CTO for the New Media Consortium (NMC), an international consortium of universities, colleges, museums, research centers, and technology companies. In his role, Alan infused the organization with web 2.0 tools, including a new NMC web site as an online community featuring rich media, user-generated content, and social presence. He designed web and wiki-based systems for many projects, and was a lead researcher for the NMC’s Horizon Reports.

Before joining the NMC, Alan served 14 years as Instructional Technologist at the Maricopa Community Colleges in Phoenix, Arizona where he was actively engaged in research and development of learning technologies. Alan was a key contributor to efforts such as Ocotillo, a faculty-led initiative that promoted innovation, created the Maricopa Learning eXchange (MLX), a virtual warehouse of innovation that pioneered the use of RSS in syndicating learning object content, and developed Feed2JS, a free service allowing people to easily incorporate RSS content into web pages.

Alan works from home in Strawberry, Arizona and sharing the amazing things that can happen from dipping into the nearly infinite river of the internet.